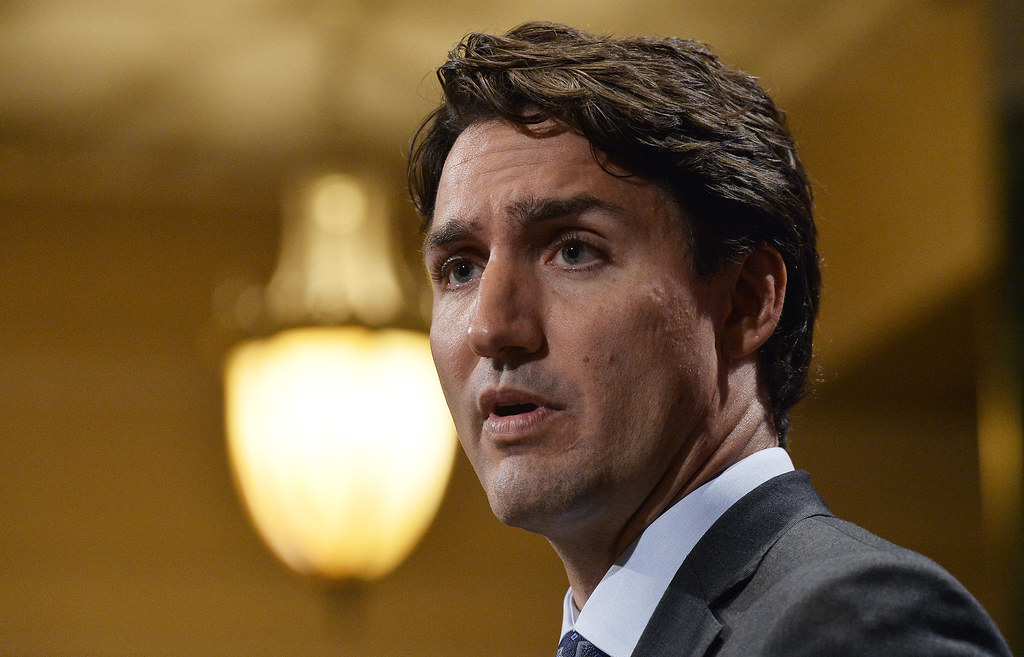 Justin Trudeau addressed media outside a snowy Rideau Cottage in Ottawa on Thursday, after projections by Canadian health officials released short-term coronavirus projections for the month of April.

The projections were laid out by top doctor Theresa Tam, who said Canada had the benefit of learning from other countries’ mistakes.

Current models predict up to 31,850 cases will be in Canada by April 16, with up to 700 more Canadians dead by next week.

“We anticipate that some public health measures will need to remain in place to prevent the growth of future smaller waves,” said Tam, adding, “It is too early to know how close we are to the peak from a national perspective.”

With that in mind, Trudeau greeted Canada and started by addressing the job report for March, which noted that over 1,000,000 jobs were lost in April.

Trudeau said that over 4,500,000 Canadian Emergency Relief Benefit claims have already been processed, with more to be confirmed by the day.

“Things will get better and when they do you can be sure that our country will come roaring back,” said Trudeau, saying that our country had overcome adversity in the past, including Vimy Ridge in World War I, which took place over a hundred years ago today.

Trudeau confirmed Tam’s modelling, saying that COVID arrived in Canada later than other countries, giving Canada the opportunity to flatten the curb.

“We’re at a fork in the road between the best and worst possible outcome,” said Trudeau, saying that the top of the peak coming in the early spring, with the first wave dying down by the early summer.

Trudeau said that this situation will be “the new normal” until a vaccine is discovered, with other outbreaks expected along the way.

Trudeau then said that the measures already put in place are being “taken seriously” by Canadians, saying that things can be improved upon, specifically more aggressive testing protocols, and better contract tracing to better prevent outbreaks.

With a vaccine at least a year away, Trudeau said that Canadians will need to remain “vigilant,” and that normalcy as we once knew would not return until a vaccine is found. Trudeau did not dismiss the possibility of multiple lock downs in coming months. Steps are in place, Trudeau says, to ensure that Canadians get through this first wave as “low impact-ly” as possible.

Trudeau said that his top priority for the coming weekend was to ensure wage subsidy legislation continued to pass, and that conversation with opposition parties continue.

‘We are interested in looking for virtual ways to gathering the House and we’re going to continue working on that,’ Prime Minister Justin Trudeau says.