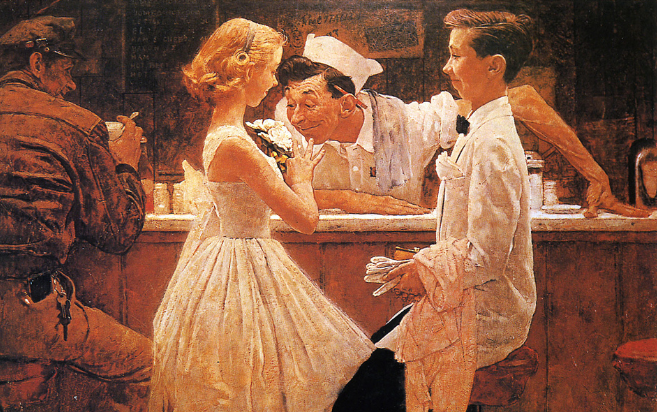 Aaron Renn, an urban policy analyst who lives in New York City, writes a subscription newsletter for millennial men called The Masculinist. The married Renn’s primary audience is Christian men who, at least in theory, aspire to marriage and family. Yet his advice goes beyond this narrow audience and has application across the board.

In the latest issue of the Masculinist, Renn tackles the thorny problem of friendship between a man and a woman. In doing so, Renn enters a current debate in the Evangelical Christian world.

“The broader question of whether men and women can or should be friends is frequently debated in the church. In my observation, the church tends to advocate in favor of male-female friendship at some level, even in the most conservative precincts. Aimee Byrd, a member of the most conservative Presbyterian denomination, just wrote a book called Why Can’t We Be Friends?, which in effect argues that the Bible requires men and women to be friends.”

Renn’s simple retort to this is as follows:

“Never have a 1:1 personal friendship with a woman.”

Renn adds that he is not advocating the Pence rule. He meets business acquaintances for lunch and coffee. He and his wife regularly invite single people over for dinner.

His concern is the minefield that is the millennial scene in which relationships – “The Friend Zone” – can remain undefined for months and years:

“I can’t think of a single case in my entire life where a man and a woman were friends for longer than a year and one of them didn’t want it to be romantic.”

He further contends that most men and women know if the other person in the friendship wants to move friendship to the next romantic level:

“Everyone understands this when it comes to dating. The stereotypical case is that a man and woman are dating and the woman is looking to move forward towards marriage by getting engaged or taking concrete steps in that direction, but the man does not, and ‘takes evasive maneuvers.’ I know people who have gone on for years in this situation. In all of these cases, they were having sex, triggering the well-understood maxim that ‘if you’re getting the milk for free, you ain’t never going to buy the cow.’

In my experience, the situation is generally reversed when it comes to friendship. That is, when a man and woman are ‘just friends,’ it’s usually that the man wants to be in a romantic relationship, but the woman does not. And generally similar reasons apply as to why she’s happy with the situation. She is already getting many of the non-sexual benefits of a boyfriend or even of marriage without having to actually date him.”

Since Renn aims his advice primarily at men, he argues that a man who wants a romantic relationship with a woman who shows no signs of reciprocating will end up being exploited. Whether it is buying dinner or –  Renn’s favorite – moving furniture, the man will be strung along with no prospect of moving from the “Friend Zone” to dating. To avoid this, Renn offers two options:

“1. You apply the Kathy Keller Rule by either asking her on a date or giving her an ultimatum. If she says Yes, congratulations. You are now out of the friend zone and dating.

2. You exit the friend zone by terminating the friendship.”

Those who don’t follow this advice, however, will encounter many negative outcomes, including:

“Some of these may be remote possibilities. But if one of these ‘black swan’ events happens to you, it could be life destroying. Given the instability of male-friendships as a ‘just friends’ situation, a negative outcome of some sort appears to be the most likely scenario. Very bad outcomes are not uncommon.”

In essence, Renn’s advice for men can be summarized as follows: If you want to find a wife, then you cannot waste time on women who have no interest in a romantic relationship with you. It won’t take you long to figure out where she stands. Be clear about your intentions and don’t be afraid to make an ultimatum. If she says no, move on.  If you don’t, bad things will happen.

You can sign up for Aaron Renn’s email newsletters here.

[Image Credit Flickr, CC BY-SA 2.0]
This post Is Male-Female Friendship Possible Outside of Marriage? was originally published on Intellectual Takeout by John Elliott.