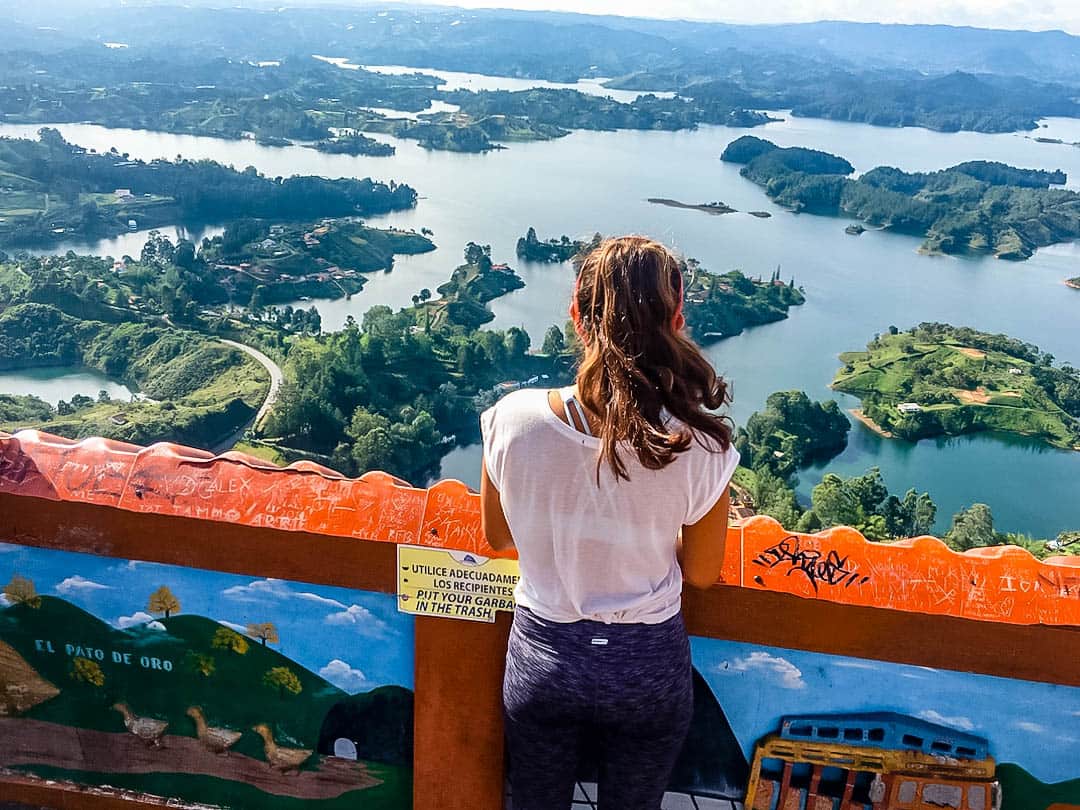 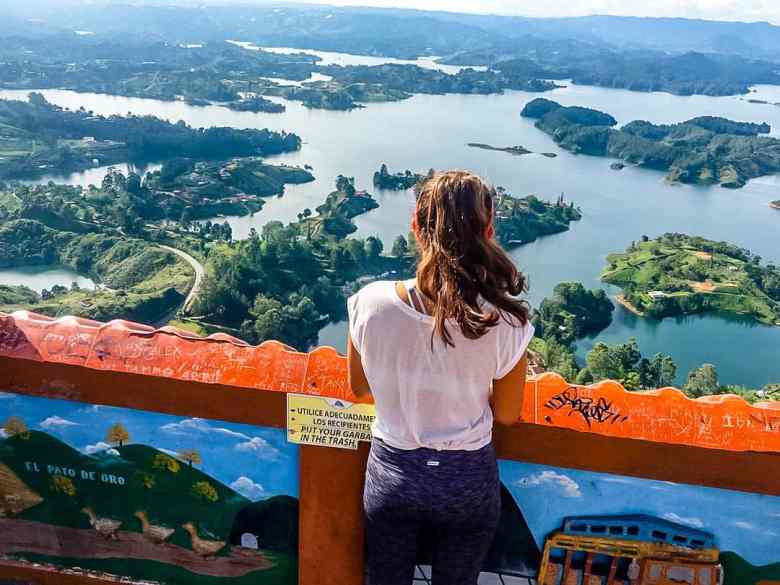 In 2008, Colombia’s tourism board launched a series of commercials touting the country’s natural and cultural wonders. In them, visitors and locals, with thick accents specific to regions across the country, speak glowingly about the hospitality and climate as a montage of oceans, jungles, and buzzing city centers unfolds. Each of the commercials closes with a man saying, with a chuckle, “El riesgo es que te quieras quedar,” or “The risk is that you’ll want to stay.”

At that time in the final throes of a civil conflict dating back at least 50 years, Colombia’s play on risk—this self-awareness—was perhaps necessary. Many foreigners were then wary of the country as a tourist destination, and the images of smiling citizens, impromptu salsa parties on the street, and pristine beaches were at odds with the coca fields and bodybags shown on the nightly news.

Growing up in the ‘90’s and early aughts, I would tell people of my Colombian heritage, only to receive a winking reference to cocaine in response, no matter where I was in the world—Indonesia, Botswana, India, the U.S. Because of the way Colombia and the drug trade went hand in hand on the big screen, it was a supposedly amusing joke—in fact, it’s still an association perpetuated today (see: Netflix’s Narcos). Yet it’s a joke I and my relatives—who, in large part, left the country in the 1970s and 1980s due to political and drug-related violence—do not find funny at all.

Growing up, my grandparents spoke of Medellín, their hometown, with the sepia tint of something long-ago lost. For most of my childhood, I only visited sporadically, constantly aware there were parts off-limits to even us, due to the unpredictable but widespread violence that consumed entire regions. I am not alone: Every Colombian I’ve ever met, whether in the country or abroad, no matter the political and socio-economic background, is united by having experienced violence in some form. I need two hands to count the number of my relatives who have been kidnapped or directly affected by the long-running conflict in Colombia.

MEDELLÍN—ONCE NICKNAMED THE ‘MURDER CAPITAL OF THE WORLD’—HAS COLLECTED ACCOLADES THAT INCLUDE THE WORLD’S MOST INNOVATIVE CITY AND ‘SOUTH AMERICA’S SILICON VALLEY.’

Starting in the 1960s, a lethal web of armed Marxist guerillas like the FARC (Revolutionary Armed Forces of Colombia) and ELN (National Liberation Army), right-wing paramilitary groups, and drug cartels that rivaled the government in power and influence, made Colombia one of the most violent places on the planet. In all, the war—the longest continuous in the world—is thought to have claimed 220,000 lives between 1958 and 2013, and uprooted around seven million people, making Colombia the country with the world’s most internally displaced people. A deeply intertwined drug war ran in parallel—Medellín, home to Pablo Escobar’s cartel, was hit the hardest. In 1991, with Escobar at the height of his power, the homicide rate in Medellín reached 375 murders per 100,000 inhabitants per year, or about three times today’s highest homicide rate by city, found in Caracas, Venezuela. (Today, that figure sits at 21 homicides per 100,000 people—or roughly that of Cincinnati, Ohio.)

For much of modern history, tourists looking to see South America chose instead to hike the Ecuadorian Andes or, even at one point, visit the beaches of a now deeply-troubled Venezuela. But today, Colombia has, despite the challenges that remain in any post-conflict society, changed dramatically if gradually, thanks to the ongoing conflict being pushed into more remote regions of the country by government forces and innovations around safety and infrastructure made in cities across the country. Medellín—once nicknamed the “murder capital of the world”—has collected accolades that include the world’s most innovative city and “South America’s Silicon Valley.”Inter-city highways, once largely empty apart from the occasional military convoy, now carry Colombians and tourists alike into the countryside to rural fincas and cattle ranches that had been all but abandoned for decades.

Seckovic says as the country has become generally safer as the civil conflict has lessened in intensity, he’s been able to send people to places beyond the Big Four of Colombia tourism—Cartagena, Bogotá, Medellín, and the central “Coffee Triangle,” where the bulk of the country’s famous export is grown. Everywhere, from the Pacific Coast to the famous multi-hued river of Caño Cristales, he says his clients report that, unlike in some more frequented destinations, people working in the hospitality industry are not jaded by overtourism. “They are extremely welcoming and eager to change [people’s] views of Colombia—that Colombia is not what you see from Hollywood films and U.S. media outlets.”

The growth isn’t unique to Amakuna’s operations: Overall, the number of visitors to Colombia has grown a staggering 250 percent in the last ten years, from one million visitors in 2006 to more than 2.5 million in 2016. In September of this year, Colombian newspaper La Republica reported that visitor numbers were up 20 percent, compared to the same time period last year.

COLOMBIA IS IN A GOOD PLACE TO HANDLE TOURISM RESPONSIBLY COMPARED TO 30 OR 40 YEARS AGO.

There’s also plenty of opportunity—especially in eco-tourism. In the dense Amazon rainforest, once off-limits and largely controlled by the FARC, accommodation and other tourist-friendly infrastructure is starting to develop. And while government control doesn’t mean that travelers will immediately have a long list of luxury lodges to choose from, it does mean practices that respect the environment and indigenous rights can be put in place from the get-go. “The good thing about Colombia not being much of a destination for the last 30 years is that now the government and the world is a lot more conscious in terms of sustainable tourism,” Seckovic says. “So Colombia is in a good place to handle tourism responsibly compared to 30 or 40 years ago.”

And Colombia has a great deal to protect. The country is home to 1,826 bird species—the most on the planet, which escaped the habitat destruction that came with development in other parts of the Amazon. Colombia also has 3,500 of the estimated 25,000 species of orchids found around the world. The Malpelo Fauna and Flora Sanctuary, a protected marine environment 310 miles off the country’s coast offers some of the best big-fish scuba diving in the world. All of this makes Colombia well-positioned to be a leader in environmentally sustainable tourism, and it appears to be on the right path: The government has more than doubled the area officially designated as protected, from around 50,000 square miles in 2010, to 109,000 square miles today.

Yet even as new parts of the country open up to tourism and eco-travelers scramble to be first in line, there’s still the question of just how Colombia will overcome a reputation for danger and attract less intrepid travelers. A high-profile peace treaty certainly helps. A referendum called by President Juan Manuel Santos on a peace deal that would see the FARC laying down its arms in return for certain amnesty conditions narrowly failed to pass, speaking to a political polarization that is deeply entwined with historical trauma and personal loss. But the Santos government and rebel negotiators returned to the drawing board to redraft, and eventually sign, new terms—moving the treaty through Congress, thereby bypassing the vote results.

But the fact that Santos received a Nobel Peace Prize certainly helps the country’s reputation overseas, doubling as a major political achievement (and according to many Colombians) possibly the greatest PR victory in history. Still, it’s much harder for Colombians to forget the past than it is tourists—and it’s worth keeping that in mind when visiting the country and interacting with local residents. Whatever you read in major news headlines, the political scene is far from clear-cut. Depending on whom you ask, President Santos is either a weak-willed appeaser or a peacemaker who is brokering compromises necessary for a peaceful future. His predecessor, Álvaro Uribe who, after being elected in 2002 took an iron fist approach to the FARC and pushed them into the most remote corners of the country, was either the heavy hand the country needed to overpower the insurgency or an abettor to atrocities carried out by right-wing paramilitary groups—or both.

It goes to show that Colombia still has work to do. The specters of political instability and deep division weigh heavy in people’s consciences: In the wake of the peace deal, former rebels now are integrating into society and the country’s political fabric (the FARC’s former leader, Rodrigo “Timochenko” Londoño, recently announced he would be running for the presidency in 2018). Income inequality is still incredibly high, as evidenced by the shantytowns that encircle Bogotá’s gleaming center. But outsiders looking in, like McColl, say there is more reason to be hopeful than pessimistic. “Younger, more worldly generations coming through are far more prepared to accept the differences in the country, show more empathy, and work in an altogether more altruistic fashion to bring their country forward,” he says.

Word of mouth, a Nobel Peace Prize, positive headlines, and a bright future when it comes to responsible tourism will continue to help Colombia recover from the shadow of violence—but, as that tourism campaign nine years ago hinted at, visiting Colombia itself is perhaps the most effective remedy. “We’ve had hundreds of clients, and not a single one has been disappointed by Colombia—and that’s not necessarily because of us,” Seckovic says. “Colombia sells itself.”